My mom and I checked out a marketplace in a nearby city that we had never gone to before. My mom wanted to go because her friends raved about their deli meats and cheeses. 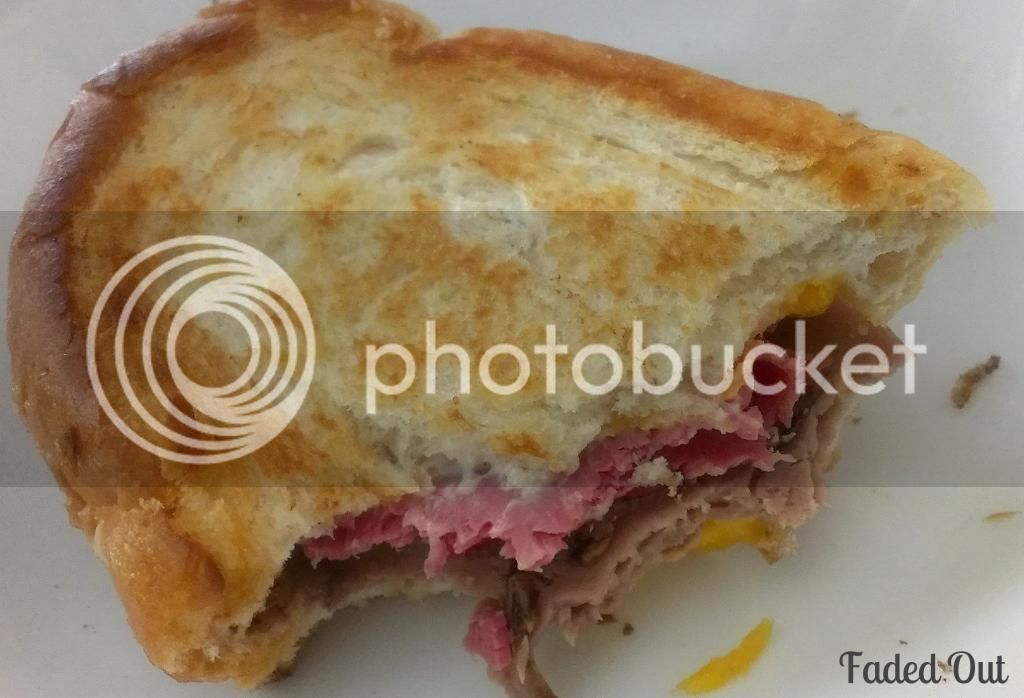 It was a Sunday afternoon, which wasn’t the best time to go and we literally had to take a number and wait before we could be helped at the deli center. They slice and weigh all of the meat for you as you request for it, so it can take quite a while before it’s your turn if there are people in front of you and they order a lot of different meat. As we were waiting for our turn, I grabbed two loaves of some crusty French bread loaves that felt soft and fresh off a nearby shelf. We got black forest ham, roast beef, lean pastrami, and turkey breast deli meats.

I made myself a sandwich today, slicing two pieces of bread from one of the loaves I just mentioned, and used the deli meat we had bought. Slabbed in some mayo, sliced some cheddar cheese in there, and I fried the sandwich in a pan with melted butter. Whoo hoo, yummy indulgence! Usually when you eat a sandwich using packaged meat, the taste can be kind of underwhelming yet extremely salty (helps it stay preserved after all). Eating a sandwich with bread I just sliced up myself and freshly sliced deli meat was a nice change (trust me, I would know from all of the sandwiches I brought to school every single day in the past).

Supposedly deli meat is bad for you in general. Which, I can see that, although I can’t say for sure since I’d have to research further into it. But there could be preservatives, high sodium, and high saturated fat in deli meats (along with unsanitary handling but that can happen with any food you buy outside of home). I guess everyone’s best bet would be to find out from the deli workers about the nutrition of what you’re buying before you actually buy it. But if you’re going to eat deli meat anyway, freshly sliced meat at the deli counter tastes a billion times better than packaged stuff. Makes me want to go back to eating sandwiches again